NTU is a South African based familly and creative agency concerned with the spiritual futures of technology. Founded in 2015 by Nolan Oswald Dennis, Tabita Rezaire and Bogosi Sekhukhuni, NTU seeks to disseminate an awareness of African sciences and technologies. Interested in technologies of epistemic liberation and cultures of scientific enquiry, the group seeks to claim agency as advanced technological beings, consciously resisting co-option – internalised or imposed – from white, reptilian, heteronormative patriarchal imperial power structures. Drawing from African spiritual philosophies, NTU’s projects embrace the interdependency of the organic, spiritual and technological realms to restore energetic imbalances. 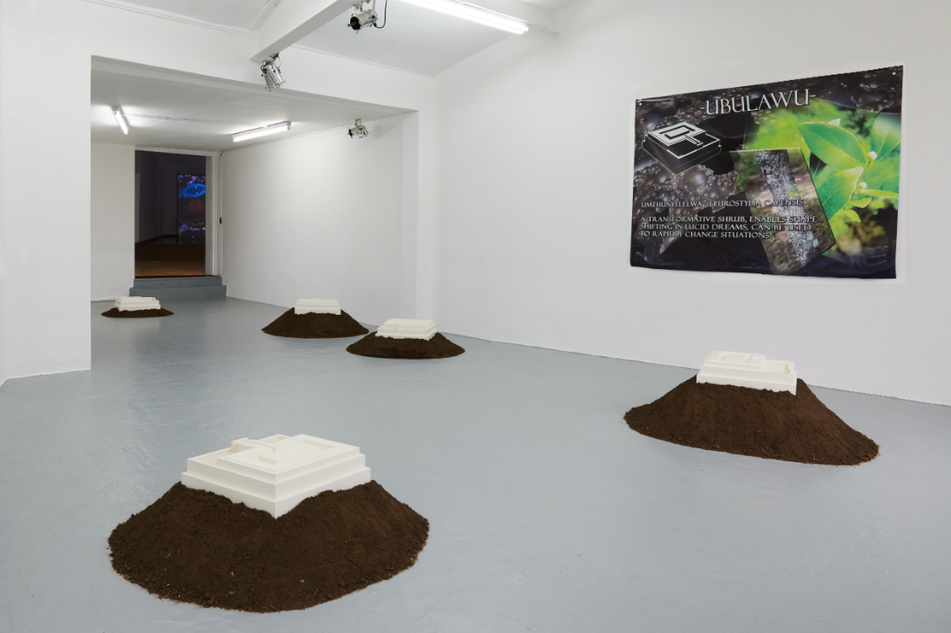 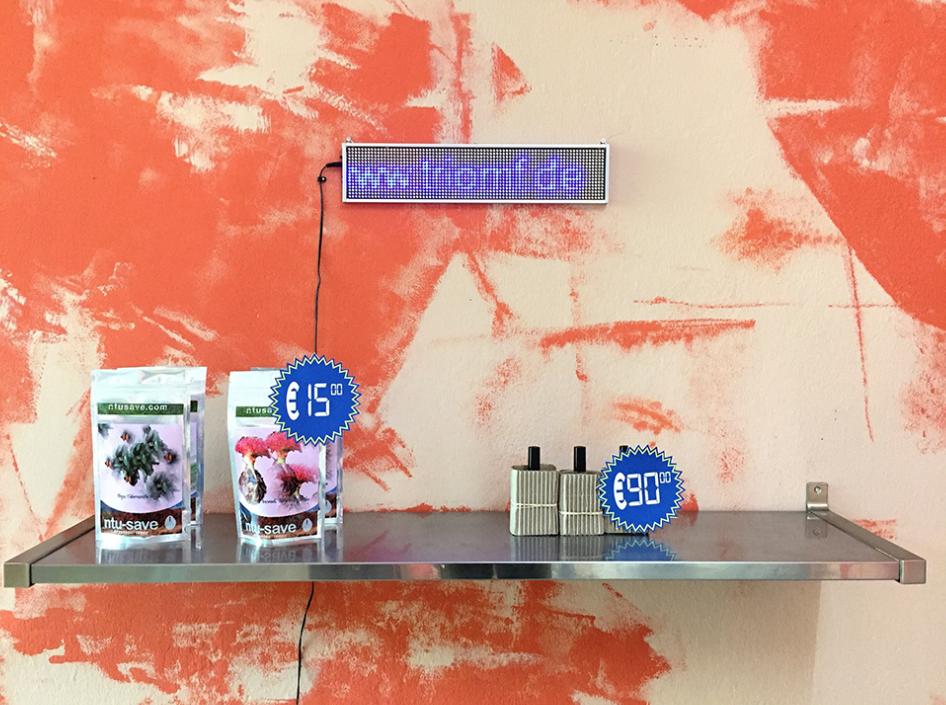 For UBULAWU the collective seek systems of ancient and future knowledge, organically encoded in the properties of certain plants indigenous to Southern and Central Africa. Catalysed through ritual and symbolic action, these plants – all attached to ancient cultural practices both recreational and ceremonial – allow access to multivalent and healing methods of knowing and being. Aiding divinity and prophecy, communication with ancestors and their spirits, and access to altered dream states, Ubulawu encourages dreams which have personal and prophetic significance for the dreamer, ancestral spirits and the practice of divination.

In the Auto Italia project space NTU will use water as a medium for spiritual interfacing and intuitive sight, enabling communicative, immanent, cumulative and healing relations across apparent physical and temporal boundaries of consciousness. Alongside the Ubulawu plants, water is recognised in traditional African spirituality as a channel for interdimensional communication. Here, NTU mobilises water as a technology of resistance, assembling its spiritual properties to retrieve formal and substantial bodies of knowledge from beyond the limits of Western universal thought.

NTU SAVE is a therapeutic practice rejecting binary imperial reality, and affirming entangled cosmological systems of reality emerging from an African high technology.

Bantu knowledge, as with many non-western spiritual technologies, provides protocols for accessing a vast ancestral databank of information both prescribed by, and beyond the reach of, western colonial epistemology. NTU SAVE is a series of proposals for interfacing with non-western spiritual technologies. NTU SAVE explores notions of Bantu entanglement* through the medium of organically encoded* knowledge and protocols for accessing pluridimensional realities. Working with sacred southern African plants and their phytochemical properties, NTU SAVE reaches into the coded systems of ancient and future knowledge to return to multivalent and healing ways of knowing and being.

*Organic encoding: the phytochemical composition of specific plants, in combination with specific ritual action, allows data to be stored and retrieved from an ancestral store of knowledge.

*Bantu entanglement: an acknowledgement of tangible and intangible states of realities, the combination of which produces our present perceived reality. 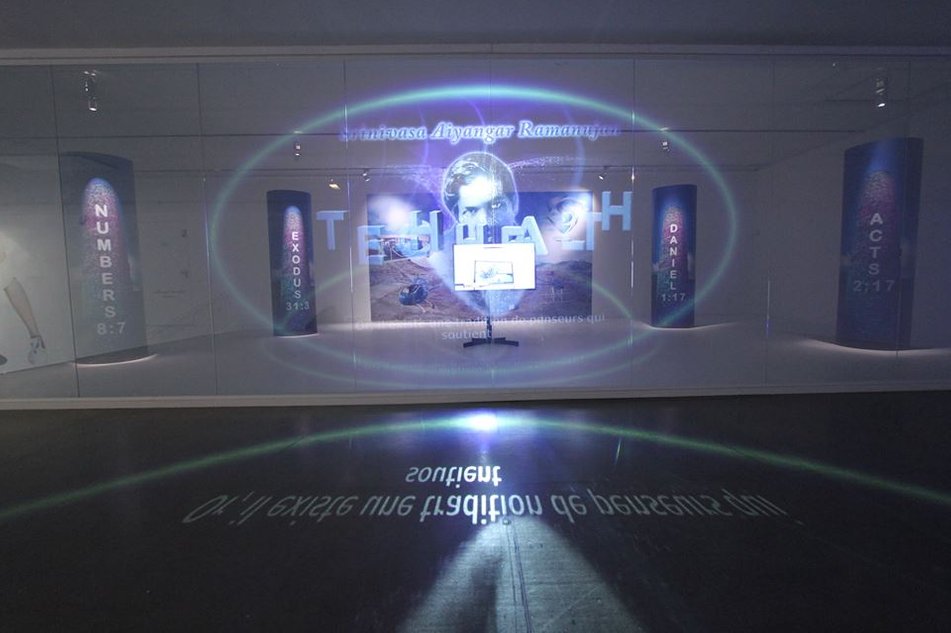 Commissioned by 89+ for the exhibition Co-Workers: Network as Artist, at the Museum of Modern Art Paris.

With the support of 89+, Noirmonartproduction and Saith Holdings.

Wishing to encourage a conversation about systems of knowledge removed from the contemporary intellectual rationalist attitudes of dominant societies, NTU’s collaboration with the Zimbabwean technology company SAITH HOLDINGS explores pluridimensional connections such as divine communication, dreams and visions as enabling breakthroughs in scientific research.

According to NTU, ‘Spiritual network-communications were not always antagonistic to science; the Russian chemist and inventor Dmitri Mendeleev came to the final arrangement of the periodic table through a dream in which the elements ‘fell into place’ and Indian mathematician Srinivasa Aiyangar Ramanujan received thousands of mathematical formulas from the Hindu Goddess Namagiri Thayal’. ‘Similarly’, writes NTU, ‘the Zimbabwean inventor and entrepreneur Sangulani Maxwell Chikumbutso behind SAITH HOLDINGS, received the blueprints of his free energy device in visions from God.’

THUS SAITH THE LORD excavates cultures of scientific enquiry to create an awareness of and engage with African sciences and spirituality. As Bantu philosophy understands reality as interconnected tangible and immaterial planes, NTU digs into the relationships between technological science and the mechanics of spirituality, to allow a harmonious interdependency between living forms, spirits and the source. 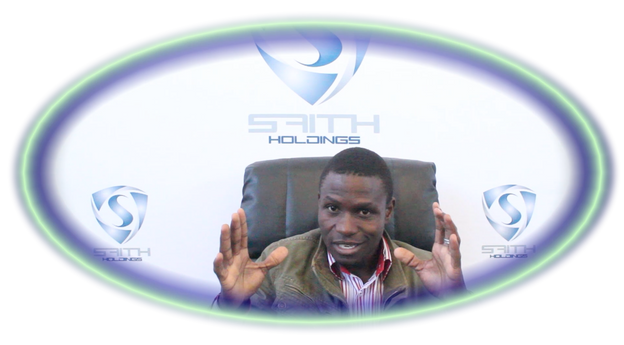 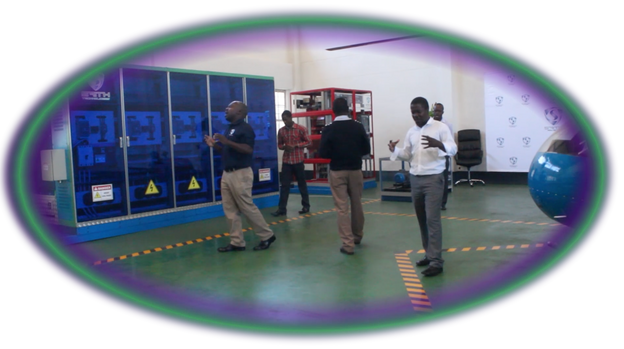 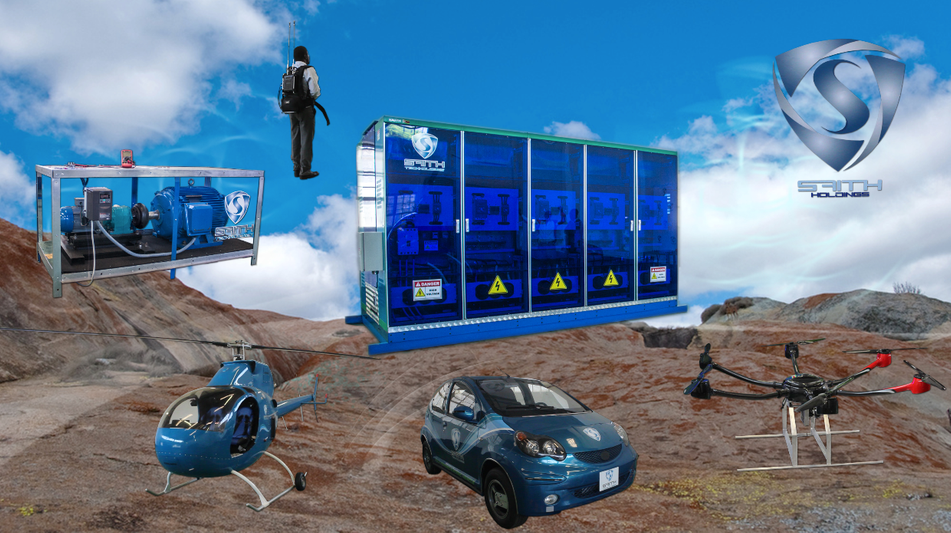 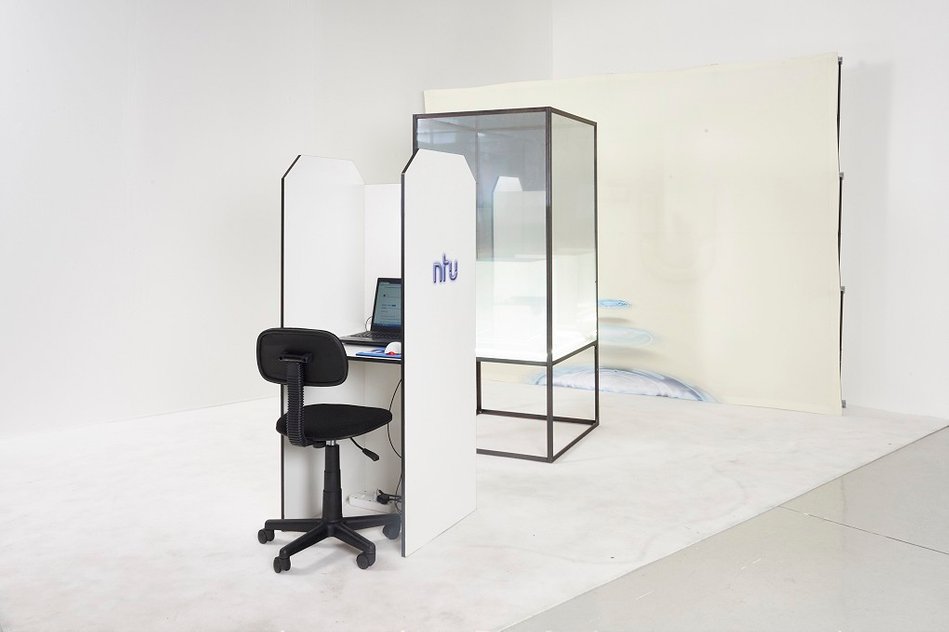 Commissioned by Tegan Bristow for the exhibition Post African Futures at the Goodman Gallery, Johannesburg.

Nervous Conditioner is an independent online network, created to explore the possibilities of a safe and independent space on the Internet: free of discrimination, speech control and surveillance. NTU created its own web server on which to host Nervous Conditioner, a closed network prototype on the deep web.

Nervous Conditioner was conceived as a safe space for people of colour to discuss, share, and organize, without the presence of white-supremacist, patriarchal, hetero- normative oppressions that seem to govern the public forums of the Internet.

While it is run via public Internet protocols, Nervous Conditioner exists on a private server which is controlled by NTU, and accessible only when installed under secure NTU conditions.